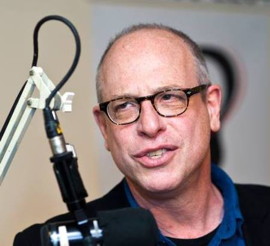 I was born in the Bronx, raised in Brooklyn, and graduated from the New York City Public Schools. I was drawn to teaching back when I was in high school. One summer found me working at a camp for special needs kids. Another summer, I volunteered at a Head Start program in Bedford Stuyvesant, Brooklyn. I was junior assistant scoutmaster for a Boy Scout troop for special needs kids.

I went to Clark University to study psychology and earn my certification as a special education teacher. Though I dipped my toes into being a radio personality and lead singer of a punk rock band, those options proved to be beyond my talents.

During my early years in the classroom, I learned how to present complex matters by breaking them down and communicating them in ways that would resonate with my students. I loved watching the “Ah-Ha!” expressions on the faces of my students when they “got it.” My core skills — developing a deep understanding of my students, capturing their attention, and helping them connect with new ideas — served me well when I pivoted to marketing.

In the schools in which I taught, I worked with students with a wide range of abilities and disabilities. At Quaboag, I pretty much “volunteered” for anything the students asked me to do, including coaching track and advising the student council. For E.O. Smith, I developed a comprehensive manual of procedures for special education student assessment and program monitoring. I became as adept at the “back-end” of the educational process as I was at the “front-end” in the classroom.

The Move to Marketing

The first indication that I might become a marketer was when I was nine or ten, and my Uncle Michael gave my brother and me a Mad Magazine subscription, along with a box of “best-of-MAD” books. Though I couldn’t articulate it at the time, Mad’s satirical portrayal of America, under the influence of advertising, catalyzed my exploration of the cognitive and affective elements of media.

After seven years in the classroom, shiny technology objects lured me away and I held a number of positions in B2B marketing. I took several underdog companies and helped turn them into leaders in their respective niche industries. I knew I was a successful marketer when a product I named and branded was appropriated as a generic verb.

I worked as a consulting strategist from 2007 through 2014, with clients that included a Fortune 500 network/communications equipment company; an international conglomerate providing products to media industries; digital advertising agencies; and social media software developers. Content marketing and social marketing were part of my expertise since before those methods were labeled as such. I also conducted marketing and technical due diligence to inform company acquisitions.

Many in the marketing industry know me from my stints blogging for Social Times and Social Media Today.

Back to the Classroom

Every now and then, the notion that I loved teaching and should return to the classroom popped into my head. In the Spring of 2014, I gave myself a “now-or-never” ultimatum and, with the encouragement and support of many friends, obtained my certification as a special education teacher in New Jersey.

I went back to the classroom since October, 2014. From February 2015 through June 2017, I was a Special Education Resource Teacher at First Avenue Elementary School in Newark, NJ.

Now, I fill my time with volunteer work and political advocacy. I am most proud to be a kick-ass civilian volunteer with Team Rubicon.

In everything I’ve undertaken, I’ve owed a great deal to the really smart, really creative people with whom I’ve had the honor to collaborate.

I’ve had the chance to participate in some firsts — at least I think they were firsts. If you know something I don’t, let me know!

Though I live in Jersey City, I’m unapologetically chauvinistic about New York City. I’ve got a hearty appetite for great songwriters and musicians of diverse genres. And I’m told I’m a pretty good cook.